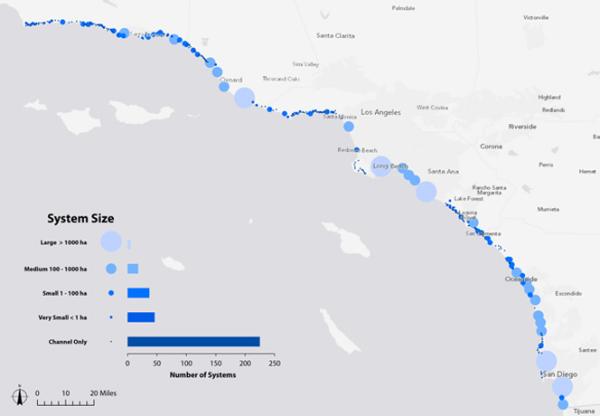 This project builds on earlier efforts to provide comprehensive analysis of the 40 T-sheets that cover the southern California Bight (SCB) from Point Conception to the US-Mexico border. High quality scans of the original T-sheets produced between 1851 and 1889 were obtained along with the surveyor notes. T-sheets were digitized, georeferenced, and interpreted in order to provide a map of coastal estuaries (both large and small) and coastal drainage systems representing conditions along the SCB coast in the mid-late 19th Century. This analysis was used to answer the following questions:

• A total of 331 coastal systems occurred along the SCB coast. Approximately 2/3 of these systems consisted of small coastal drainages without any associated terminal wetlands. Individual coastal systems were relatively evenly distributed along the coast, with each county having between 60 and 90 systems.

• The 331 systems can be grouped in 15 distinct archetypes (or distinct compositions) representing
combinations of size and dominant habitats.

• Since ca. 1850 there has been an overall loss of 9,317 hectares, or 48% of historical estuarine habitat types along the SCB coast. Estuarine vegetated wetlands have experienced the greatest loss in terms of absolute area (-5819 ha, 75% loss), while estuarine unvegetated wetlands have experienced the greatest proportional loss of 78% of historical extent.

• Declines in estuarine area vary by county. Total losses across all counties range from 62% in Santa Barbara to 31% in San Diego. Additionally, the composition of estuaries in the counties has shifted. In the southern most counties (Los Angeles, Orange, and San Diego) there has been a significant increase in subtidal water while both intertidal and vegetated wetlands have decreased. Santa Barbara and Ventura Counties have maintained an estuarine composition similar to that seen in ca. 1850.

For more information about the study, please consult the report, which explores the technical information these data provide, how we compiled it, the limitations and opportunities for its use. To zoom in and out of the T-sheets themselves, overlay the GIS habitat map, and view these datasets over contemporary aerial imagery, please visit the T-sheet website.

Wetlands of the Southern California Coast: Historical Extent and Change Over Time (6 MB) 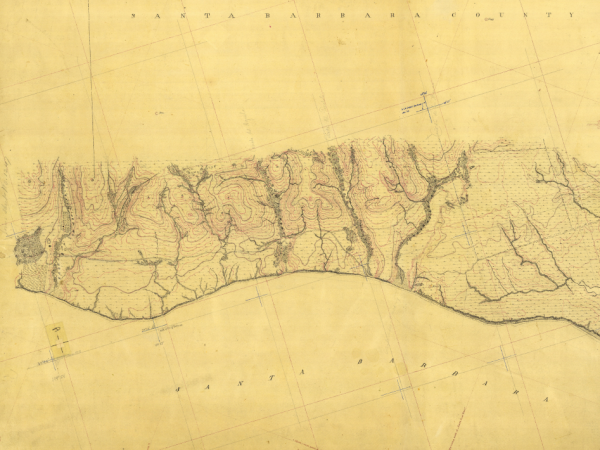 Historical Wetlands of the Southern California Coast: An Atlas of US Coast Survey T-Sheets 1851-1889 (Project)

This project is the first regional assessment of the relative distribution and abundance of different wetland habitat types along the historical Southern California coastline ("South Coast"). The extent of South Coast wetlands has been dramatically reduced over the past 150 years, and there are now many large-scale efforts to recover some of these environments. 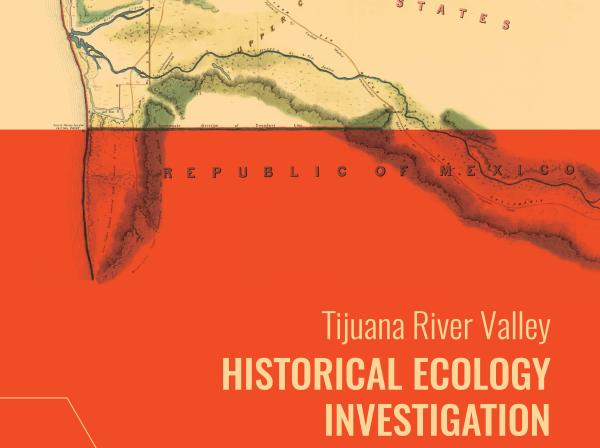 The Tijuana River Valley Historical Ecology Investigation synthesized hundreds of historical maps, photographs, and texts to reconstruct the the ecological, hydrological, and geomorphic conditions of the valley prior to major European-American landscape modification. 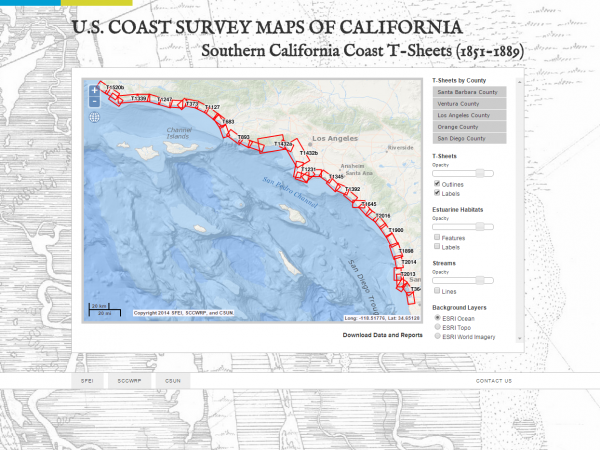 Until the advent of this new map viewer, a valuable resource was largely unavailable to coastal planners. Now, US Coastal Survey maps are free for broad use. 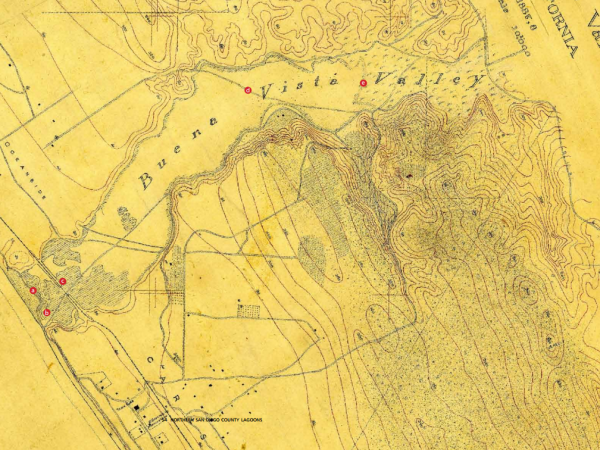