Before 1900, native oaks were abundant in many of California’s valleys. These trees thrived on hot open plains, enabling them to endure California’s long dry season and frequent drought. Oaks also played a foundational role for an exceptionally diverse array of native wildlife, reflecting a deep shared history of coexistence. By the early 1900s, agricultural conversion of many of California’s most fertile valleys had eliminated many oak woodlands. During the 20th century, urban expansion led a second transformation, replacing agriculture with cities as California’s economy boomed.

Today, the plants and animals that are distinctive of oak woodlands have vanished from our cities, replaced by vegetation from around the world and urban-adapted wildlife. These urban ecosystems do not provide the same support for wildlife, and they are not ideally suited to thrive through drought or hot summer temperatures. For example, trees from the eastern United States are adapted to frequent rainfall during the summer, and require irrigation to survive through California’s dry season.

“Re-Oaking” is an approach to reintegrating oaks and other native vegetation within the developed California landscape to restore this ecologically diverse and distinctive ecosystem to our cities. This idea could benefit people too - native oaks are drought- tolerant, provide heat-tempering shade in the summer, and sequester more carbon than many other common urban trees. Drawing on the beauty of California oak woodlands, Re-oaking could also help bring a unique sense of place back to our cities. As we design ecologically healthy and resilient cities of the future, Re-oaking could help integrate nature into our urban landscapes to benefit both ecosystems and people.

In Silicon Valley, oak ecosystems were the defining feature of the landscape before large-scale transformation. Oak savannas and woodlands were so extensive that the valley was christened the Llano de los Robles, or Plain of the Oaks, by early explorers. In little more than a century, Silicon Valley’s oak woodlands were felled, replaced with orchards, and then replaced again with a patchwork of urban trees.

The rapid and continuing transformation of Silicon Valley creates an unusual opportunity to recover some of the region’s natural heritage by re-incorporating elements of oak woodland ecosystems. These changes could contribute to building landscape resilience in the region, increase biodiversity, and benefit people. Much of Silicon Valley's urban forest, planted 50-75 years ago, is nearing the end of its lifespan. Over the next few decades, local communities will create the next urban forest, shaping the sense of place, human health, and biodiversity of Silicon Valley for the rest of the 21st century. Given the challenges of drought and climate change, do Silicon Valley's native oaks – largely gone for a century – have a greater role to play in the coming century? This report begins to explore that question, focusing first on the benefits the re-oaking could have for local biodiversity and native wildlife. 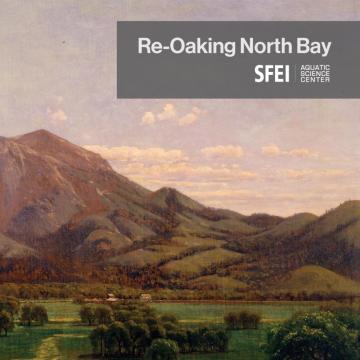 Vast expanses of oak savanna historically occupied the rich alluvial soils of Napa and Sonoma valleys. Over the past two centuries, however, much of this oak savanna has been cleared to make way for orchards, vineyards, and towns. Documentation of this loss, and recognition of the value of oaks for both people and nature, has led to a growing desire to restore this unique ecosystem and bring back many of the benefits that oaks provide. Despite the significant changes the North Bay landscape has experienced since European settlement, there are opportunities to restore oaks in settings as diverse as backyards, parks, streets, farms, vineyards, and creeksides.

Re-oaking North Bay is an initiative to restore our native oak communities in places where they could once again thrive and benefit our landscapes into the future. Land managers, public agencies, private landowners, and others interested in re-oaking the North Bay are seeking guidance on where to prioritize restoration efforts in order to maximize ecological benefits. This document provides a framework for re-oaking the Napa and Sonoma valley floors as a first phase of re-oaking efforts in the North Bay. It complements oak woodland management efforts in the broader North Bay region. 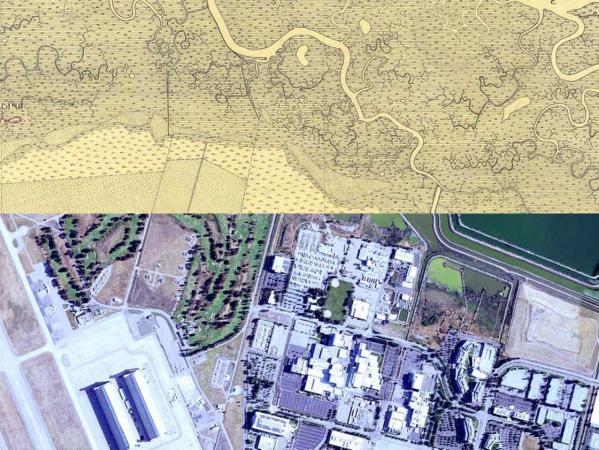 Tools for the creation of a resilient Silicon Valley ecosystem.

Could restoring lost ecosystems to cities play a role in building ecological resilience across landscapes? In Re-oaking Silicon Valley, a new report by SFEI, we explore this opportunity in our region. Both beautiful and functional, native oaks can be excellent choices for streetscapes, backyards, and landscaping. Requiring little water after establishment, oaks can save money by reducing irrigation requirements while sequestering more carbon than most other urban trees common to our region. 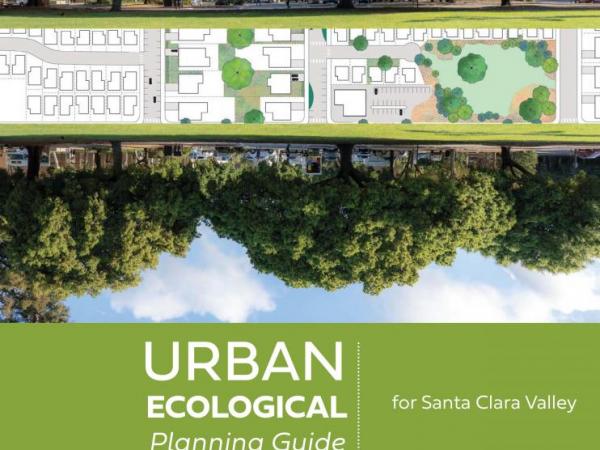 SFEI partnered with the Santa Clara Valley Open Space Authority to create a guide for how to support biodiversity across the urbanized landscape of Santa Clara Valley. Urban greening projects, such as street trees, green infrastructure, and backyard gardening, are already occurring piecemeal across urban areas. Harnessing this momentum can help these efforts build greater benefits for biodiversity.

As recently as a 1850, according to a recent report from the San Francisco Estuary Institute, 80 percent of the trees in Palo Alto, Mountain View and Cupertino were oak trees. Another 13 percent of the trees were those commonly found alongside oak trees in oak woodlands: buckeye, madrone, sycamore, and California bay laurel. Willows, alders, and redwoods rounded out the final 7 percent. Oaks created the place. Postcards from San Jose in the early 1900s show farmers standing in the shade of skyscraping oak trees. Spanish explorers called Silicon Valley the “plain of the oaks.” The Peninsula is still home to two Roblar Avenues, a Robles Drive, and a Robles Park, as well as the North Fair Oaks and Menlo Oaks neighborhoods of Menlo Park. 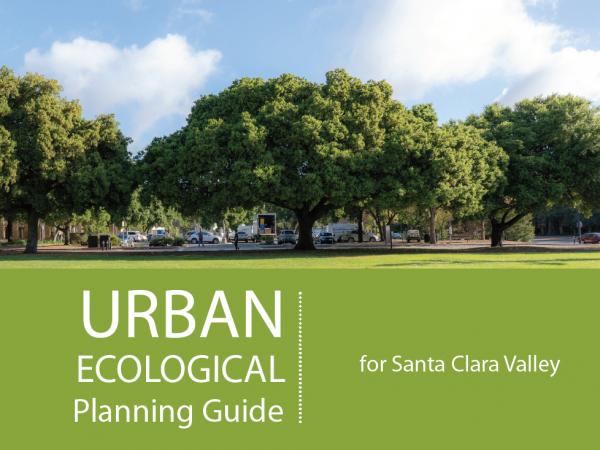 SFEI partnered with Santa Clara Valley Open Space Authority to create a guide on how to support biodiversity across the urbanized Santa Clara Valley. Urban greening projects (e.g., street trees, bioswales, gardens) are developing in piecemeal fashion. Designing and linking projects with ecology in mind can better support biodiversity, which in turn can help cultivate a sense of place and human health benefits. 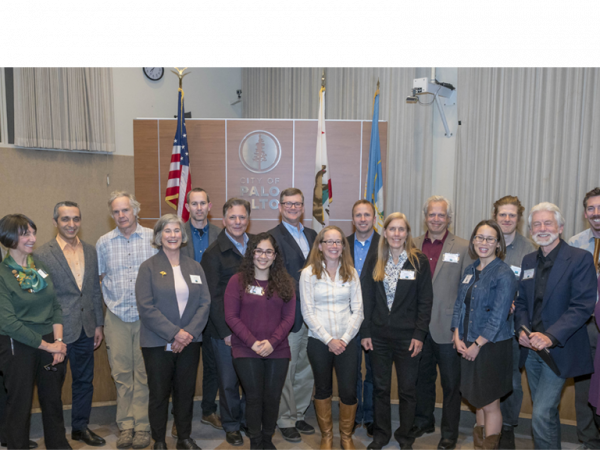 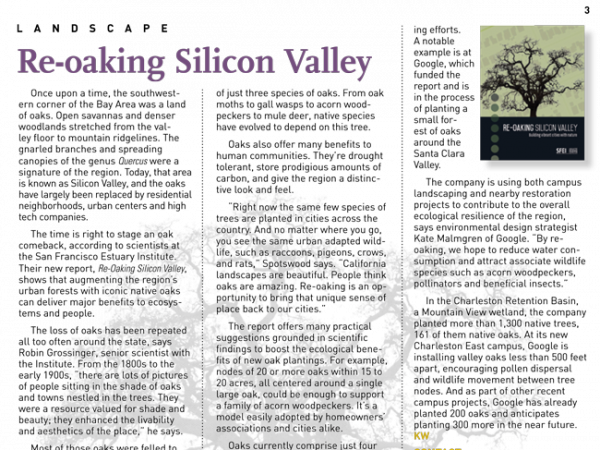 Over the past century, oaks have been lost from fertile valleys across California to make way for agriculture, and then for cities. Yet cities could make room for their return; by harnessing the many greening activities that are already occurring, oaks could be planted along streets, in yards, and on corporate campuses. Re-oaking could help build ecological resilience while providing benefits for people such as carbon storage and water savings. 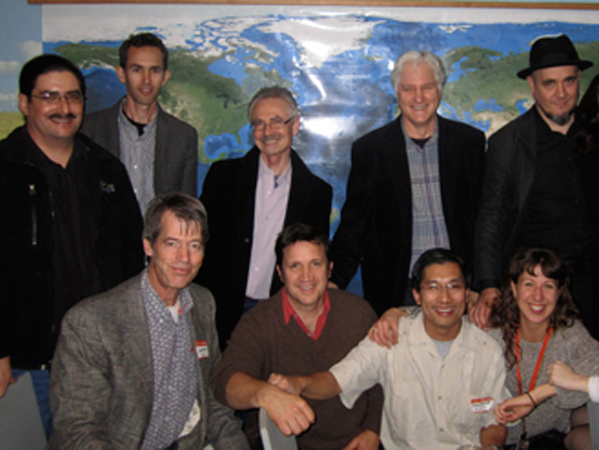 Collaboration with California Academy of Sciences on Valley Oaks: an Ecological Journey through Time (News)

A collaborative program with the California Academy of Sciences produced an immersive tour from the canopy to the cosmos inside Morrison Planetarium, exploring the history and ecology of one of California’s most iconic and threatened tree species, the Valley oak. Academy scientists, indigenous partners, and historical ecologists from the San Francisco Estuary Institute revealed how Valley oaks and humans are intertwined in a relationship of disturbance and adaptation, with implications for the health and well-being of Bay Area communities. 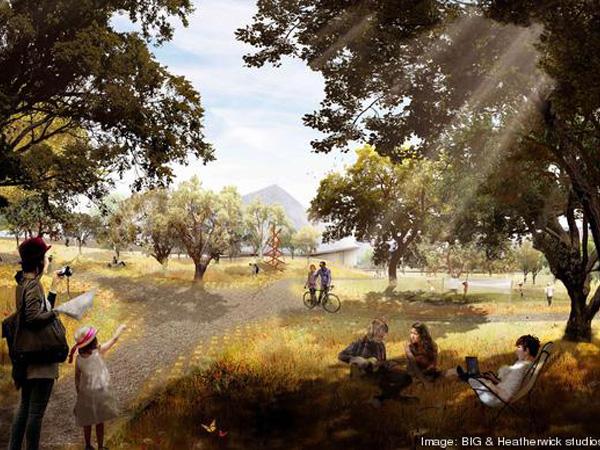 The re-oaking concept developed by SFEI was featured in an article about Oakland and Silicon Valley.  First conceived in a paper in Restoration Ecology by SFEI and UC Santa Barbara scientists, re-oaking is the strategic reintroduction of oaks and other native trees to California's urban, suburban, and agricultural valleys to recover lost functions and values.