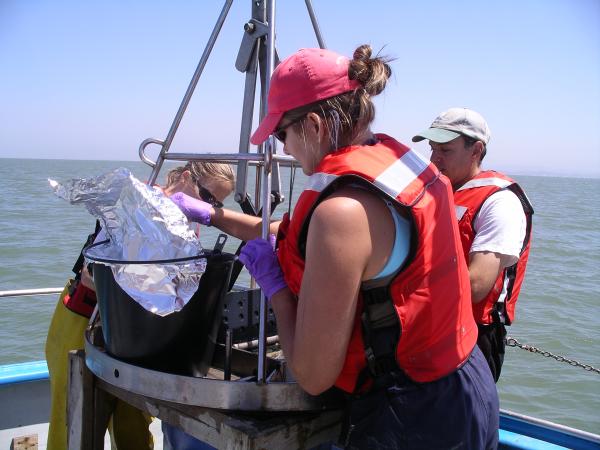 Water quality is monitored biennially with a two-week cruise that visits 22 historic and randomly allocated sites, covering each of the bay segments. Conventional water quality, trace metals (including copper, mercury, nickel, selenium, silver, and zinc), and trace organics sampling in water occurs during the dry season. Water samples are analyzed for PBDEs biennially, and all other organic parameters (e.g., pesticides, PAHs, and PCBs) are analyzed every four years.

Sediment samples are collected biennially, alternating between the wet season (27 sites) and dry season (47 sites), and analyzed for conventional sediment quality, trace metals, and trace organics. For each sediment sampling event (wet or dry), 27 sites are also analyzed for benthic taxonomy and sediment toxicity, in coordination with the implementation of the Sediment Quality Objectives. For the 2014 sediment cruise, the toxicity and benthos component will not be included.

The Regional Monitoring Program began in 1993 with the purpose of assessing the cumulative impacts of multiple discharges on ambient Bay conditions. The original monitoring program sampled at fixed stations located along the spine of the Bay. In 2002, the Program moved away from monitoring only fixed stations to a more representative spatial design that incorporated shallower portions of the Bay and utilized the power of a randomized design to more accurately assess ambient conditions. To maintain continuity with the prior sampling events and time series for temporal trend analysis, a number of the historic fixed water and sediment stations were retained in the new randomized design (additional details are presented in Lowe et al. 2004).

Starting in 2006, the S&T portion of the Program underwent a substantial review with a number of changes incorporated in 2007 through 2009 including: reduction in water sites from 31 to 22; expansion of sediment monitoring to include seasonality (alternating between wet and dry seasons) and benthos; and reduction of bivalve monitoring from annual to biennial.

In 2011, the RMP again revised the S&T Monitoring Program, reducing the frequency of water and sediment sampling to biennial (additional details are provided in a 2011 memo to the RMP Steering Committee). Starting in 2012, water samples are collected biennially during the dry season, during odd-numbered years, with organics analyzed every four years. Sediment samples are collected biennially, alternating between the wet season and dry season, during even numbered years. In 2012, sediment samples were collected during the wet season.

The bivalve monitoring component maintains the long-term time series started by the State Mussel Watch Program in the early 1980s. Because of logistical complexities, a randomized design is not feasible. Transplanted bivalves are deployed at nine stations, using the mussel species Mytilus californianus. As has been done since 1999, resident Corbula are collected from the Sacramento and San Joaquin River stations. Based on the results of the redesign process, tissue concentrations in bivalves are analyzed once every two years, to meet the trend evaluation objective of this element. Bivalves were be analyzed for organics in 2010. The organics analyte list remains unchanged from 2005. Trace element analysis has been reduced to a five-year interval and was most recently conducted in 2008. 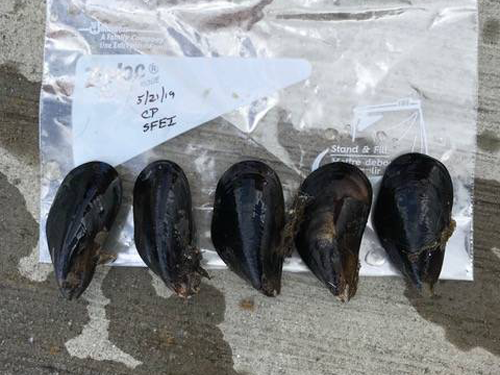 Will a cleaner San Francisco Bay be a more toxic one? (News)

Dr. David Senn's nutrients program is highlighted in the San Francisco Examiner as his work to measure and predict the effects of an ever-clearer San Francisco Bay again "come to light":