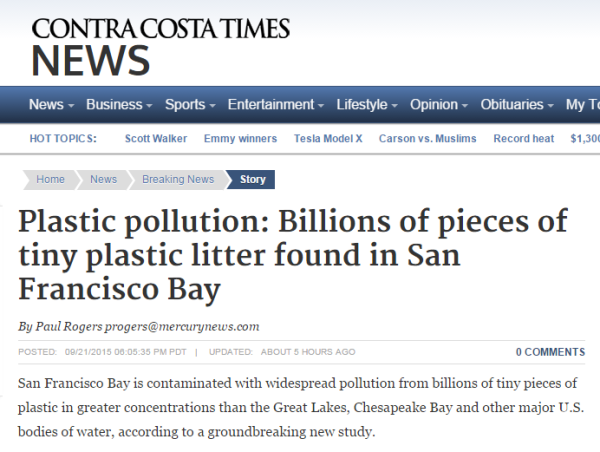 Rebecca Sutton, senior scientist at SFEI, describes the hazards presented by microplastics in the Bay's waters. "Plastic pollution: Billions of pieces of tiny plastic litter found in San Francisco Bay," a news article by Paul Rogers reports on findings in a recently published study for which Rebecca Sutton serves as lead author. What the researchers discovered, the high degree of plastic contamination, surprised them:

In the study, the first of its kind to broadly document pollution from "microplastic" in the bay, researchers dragged tight-meshed nets along the surface of the water in nine areas of the bay, from Oakland and Treasure Island to locations near San Jose. They found on average 1 million pieces of tiny plastic per square kilometer -- an area of about 250 acres -- at the water's surface or a few inches below it in the South Bay, a concentration nine times higher than levels of similar plastics found in Lake Erie.

San Francisco Bay is contaminated with widespread pollution from billions of tiny pieces of plastic in greater concentrations than the Great Lakes, Chesapeake Bay and other major U.S. bodies of water, according to a groundbreaking new study.

At least 3.9 million pieces of plastic pour into the bay every day from eight large sewage treatment plants -- a relentless torrent of litter that ranges from tiny "microbeads" found in cosmetics, facial scrubs and toothpastes, to bits of synthetic fabric from fleece jackets, pants and other clothes, which break down as they are washed.

"We're concerned about these high levels. This was unexpected," said Rebecca Sutton, a senior scientist at the San Francisco Estuary Institute, a nonprofit research center based in Richmond.

Not only does the plastic contaminate the bay and wildlife, experts say, it is also working its way up the food chain, binding to chemicals in the water and posing a potential health risk to people eating fish caught in the bay.

Further north, off Oakland and San Francisco, they found 310,000 pieces per square kilometer, still double the highest levels in Chesapeake Bay and triple the levels in Lake Erie, the most polluted of the Great Lakes.

Sutton, a lead author of the study who has a doctorate in environmental chemistry from UC Berkeley, said that researchers also accidentally captured nine small fish while taking their water samples. Inside each fish they found an average of six pieces of plastic.

Other scientific studies have found that tiny pieces of plastic in the world's oceans and water bodies, sometimes so dense that they outnumber plankton, can absorb contaminants such as pesticides and PCBs, which accumulate in fish when they mistake the plastic for food. The small fish are then eaten by larger fish. And people who eat the affected fish can be exposed to the chemicals when they consume the plastic.

Sutton said Monday that more research is needed to measure the health effects and to pinpoint exactly how much plastic is getting into the bay and from what sources. As part of the study, which began last fall, researchers also sampled the treated wastewater coming from some of the bay's largest sewage treatment plants, including San Jose, the East Bay Municipal Utility District, the Central Contra Costa Sanitary District and Palo Alto.

They found tiny plastic pieces flowing through all the plants -- regardless of how advanced the technology -- because the facilities were designed to treat sewage, not filter tiny plastic debris.

Sewage treatment plants in San Jose and in Oakland released the most plastic, in large part because of the dense populations they serve. The study sampled eight of the 42 sewage treatment plants that discharge into the bay. And that is only part of the problem: Plastic also flows in from storm drains, creeks, rivers and illegal dumping.

"The micro-particles are of concern to us," he said. "We've known for some time that there are things that our plants just don't remove."

Williams said in the short term, the solution is for people to avoid putting any type of trash, particularly plastic, into toilets. He said consumers also should not buy cosmetics, facial scrubs or toothpastes containing plastic "microbeads."

Meanwhile, state lawmakers passed a bill earlier this month that would ban plastic microbeads in cosmetics and other personal care products sold in California. The bill, AB 888, by Assemblyman Richard Bloom, D-Santa Monica, would impose the ban starting Jan. 1, 2020.

Gov. Jerry Brown has not indicated if he will sign or veto the bill, the toughest such ban in the nation.

Supporters note there are already products for sale with natural alternatives, apricot shells and cocoa beans. Industry groups tried to get an exemption in the bill for biodegradeable plastics but failed.

Jennifer Killinger, a spokeswoman for the American Chemistry Council, said in an email Monday that plastics companies have supported recycling and beach clean-up programs and that "America's plastics makers are on record supporting legislation to phase out synthetic microbeads in personal care products that can be washed off and end up in marine environments."

Environmentalists, however, said the companies knowingly polluted the oceans, San Francisco Bay and other bodies of water and should not only have the plastic additives banned but also should be required to pay to retrofit sewage treatment plants with better filters. 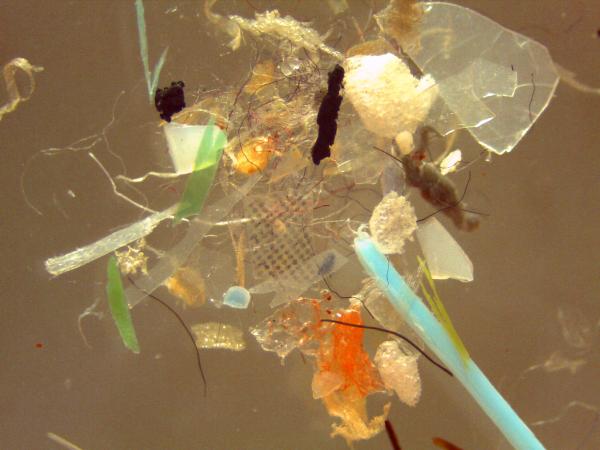 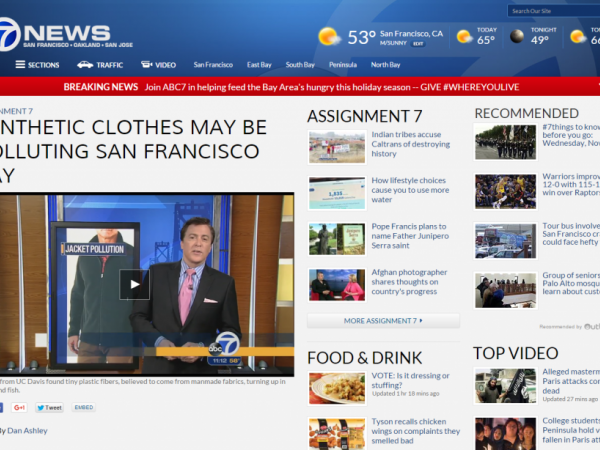 In a story called "Synthetic Clothes May Be Polluting San Francisco Bay," KGO-TV's Dan Ashley interviews SFEI's Rebecca Sutton, UC Davis professor Susan Williams, and Jim Erin from the San Jose-Santa Clara Regional Wastewater Treatment Facility about the proliferation of synthetic fibers in the Bay. Such fibers may come from fleece jackets and other clothing produced from artifical fabrics. 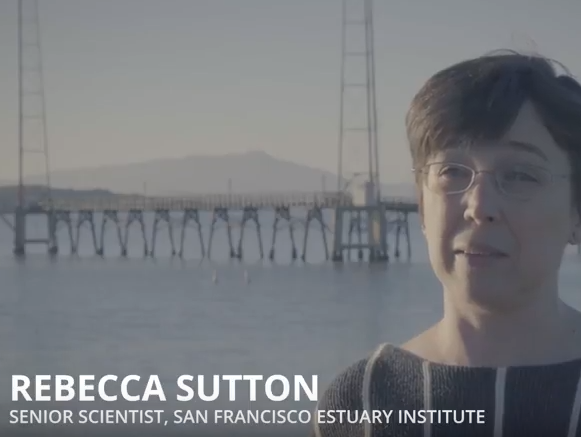 These scientists want you to rethink how you use plastics: SFEI and 5 Gyres issue a new video (News)

The short (3-min) video summarizes the goals of the SF Bay Microplastics Project, which aims to better understanding the distribution of microplastic in San Francisco Bay and adjacent National Marine Sanctuaries, the pathways by which these contaminants enter the Bay, and possible means of controlling their release. 5 Gyres and San Francisco Estuary Institute are collaboratively carrying out the project. 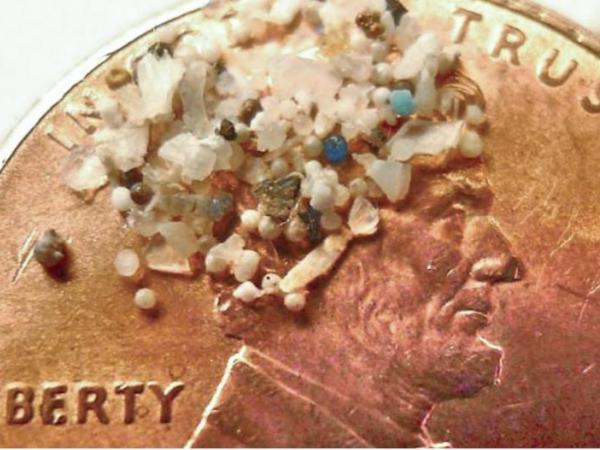 Join the California Latino Legislative Caucus and Monterey Bay Aquarium for a science-policy briefing at the State Capitol Building. 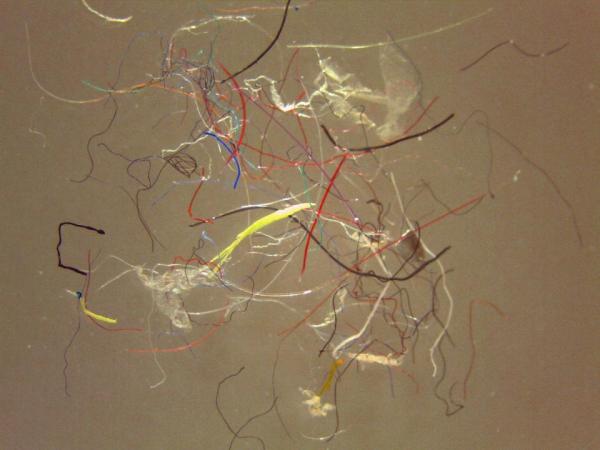 December's issue of Estuary News features an article, "Unhealthy Fiber in Bay Diet," that highlights the surprising result of a preliminary study of Bay microplastic pollution, which suggested that San Francisco Bay has higher levels of microplastic than other major urban waterbodies in the US for which data are available. Using nets and sieves designed to capture very small particles, scientists with the Regional Monitoring Program for Water Quality in San Francisco Bay filtered samples of Bay surface water and wastewater treatment plant effluent. 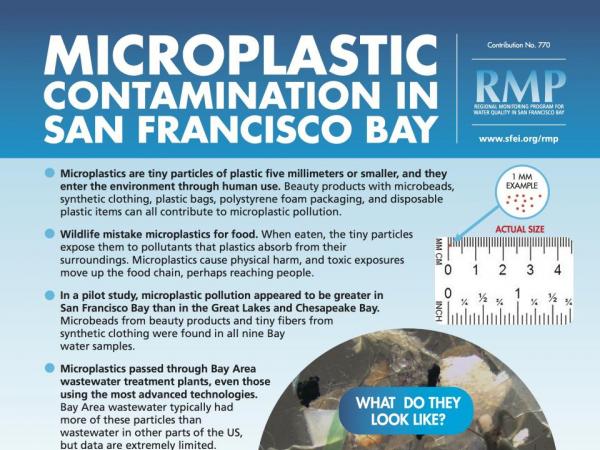 The same week that the U.S. House of Representatives passes a bill to ban microbeads in cosmetic products, the Bay's Regional Monitoring Program releases a fact sheet that describes our recent study on microbeads and other microplastic particles in Bay water and treated wastewater.

With separate news crews, KPIX and KNTV followed up on the San Jose Mercury and Contra Costa Times stories by Paul Rogers regarding the surprising findings revealed by a new study. Led by SFEI's Rebecca Sutton, the study on microplastics uncovers the widespread extent and high level of microplastic contamination in the S.F. Bay. Microbeads -- the small synthetic granules found in cosmetics, soaps, and even toothpaste -- form the primary focus of the study. The study's early results have prompted concern from the public regarding the potential impacts to human health and the cumulative impacts to our S.F. Bay ecosystem. 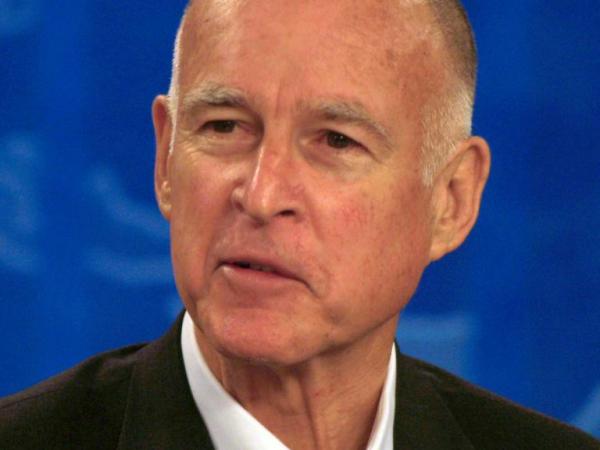