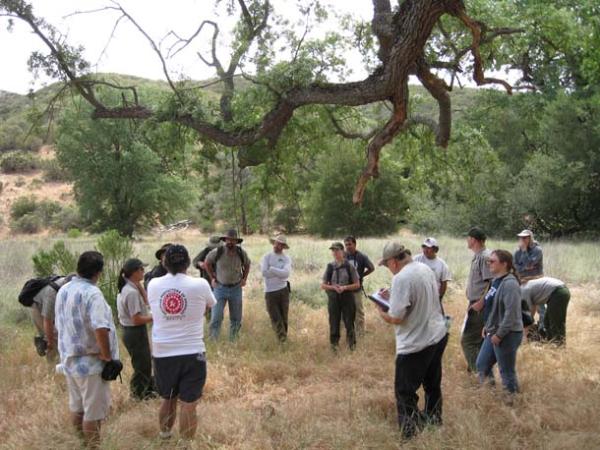 Hundreds of years before Pinnacles National Monument became preserved open space, it was heavily used as a resource for basket-making. The native deergrass and white root sedge were valuable materials to the Amah Mutsun tribe, who charred the landscape with controlled fires to promote the re-growth of longer and straighter flower stalks used in coiled baskets.

When Europeans arrived, Pinnacles was not exactly a “pristine” or “untouched” vision of nature, but rather a managed ecosystem that itself had become dependent on the fires.

“The whole concept of letting nature take its course, we’re hoping to put the last nail in that coffin,” said Chuck Striplen, an Amah Mutsun member and an environmental scientist at the San Francisco Estuary Institute.

Striplen and a group of scientists will soon be conducting the first prescribed fire at Pinnacles to study how traditional burns, as they might have occurred under Amah Mutsun managment, shaped the land and ecosystem. The burn will cover approximately two acres on the eastern end of the park and is not expected to close down roads or trails, although park officials are advising visitors to use caution if they see smoke.

Park officials postponed the first scheduled burn in late November because of high winds, and did so again this week.

To conduct the burn, scientists from SFEI, Pinnacles, UC Berkeley, and UC Santa Cruz Arboretum, along with members of the tribal band, received the first grant in a new pool of federal funds set aside for native fire research. The $245,000 in funding is through the Joint Fire Science Program at the Bureau of Land Management. Some of it will also go toward expanding an area of fire scar studies in redwood trees near a former village of the Quiroste tribe near Ano Nuevo State Park.

Striplen said the funding is part of a growing recognition that the ecological history of a place must take into account human uses of the land.

“We’re using the best available science to understand how these ecosystems work but with the realization that people were managing them for thousands of years,” Striplen said.

Some of the areas around the San Francisco Bay and San Joaquin River Delta were once densely populated by Native Americans, Striplen said. And they transformed the ecosystems they inhabited.
From Bay Nature web edition:
“A lot of these habitats could not have physically existed absent human management, like the coastal prairies and hills in the Santa Cruz mountains,” he said. “So much of the landscape was dependent on a frequency of fire we don’t get naturally.”

At Pinnacles, the Amah Mutsun people created on the land a mosaic of previously burned, manicured resources with established trails that served as fire breaks. The fires not only produced good stalks for baskets, they also benefited pollinators and cycled nutrients within the ecosystem. The establishment of the park as a national monument in 1908 prevented development on the land but also ensured that traditional burns would be a practice of the past.

“To the casual observer it would look pristine and beautiful,” said Striplen. “But letting nature take its course is not necessarily a good thing. All those organisms in the landscape adapted to a particular management routine.”

These days the park is beset with exotic species and poor growth of native valley oaks. Too much brush on the hills prevents the park’s most prized inhabitant -- the California condor -- from landing.

Striplen said the effort is not to return Pinnacles to the past. But by studying the prescribed burn, scientists hope to better understand how to help the ecosystem build greater resilience to the bumps ahead. With climate change, those bumps will surely be rocky. 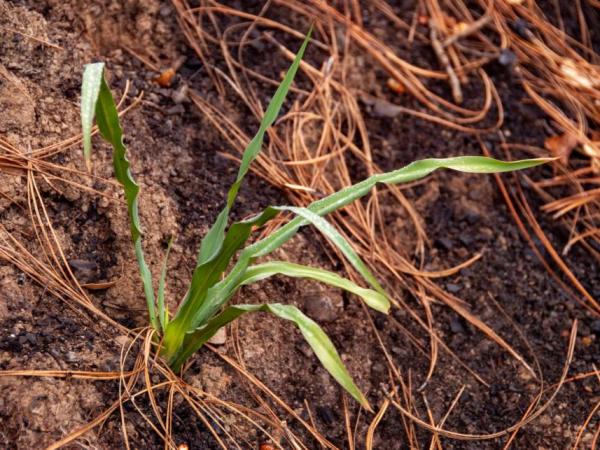 Current North Coast watershed steward and former SFEI staff scientist Chuck Striplen penned an article for Bay Nature that identifies a number of challenges California faces, while illustrating the lines of connection between the past and present. Colonized California has consistently disparaged native ecological practices, just as it has neglected its tribal relationships. Now, Striplen contends, it is the time to reconsider those practices for their vital roles in promoting resilience and managing combustible fuel loads.